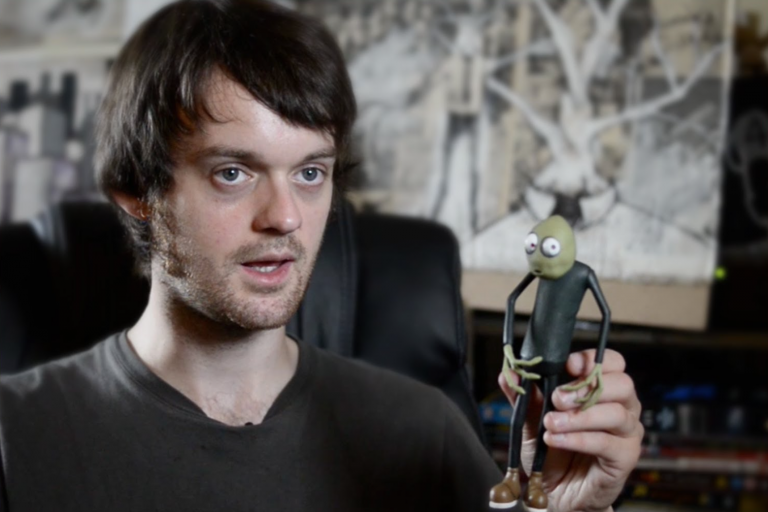 Firth has also produced short films for “Charlie Brooker’s Screenwipe”, and in 2017 released CREAM, a short animated film, produced by Flying Lotus. Firth also co-wrote ‘Kuso’, with Flying Lotus, an independent horror comedy film released in 2017 and dubbed ‘the most vile horror film ever made’ after premiering at Sundance Film Festival.

Firth has been a cult presence and (reluctant) online ‘influencer’ way before social media was but a twinkle in Zuckerberg’s eye. He continues to release original, dark and thought-provoking art, film and satire, and has garnered a huge, loyal following worldwide.

At KIN, Firth will be screening episodes of his animated web-series ‘The News Hasn’t Happened Yet’ – where he ‘attempts to make sense of the news’. This will be followed by a Q&A where we’ll all try and make sense of the news, together. A rare chance to pick the brain and play in the dark imagination of one of the UK’s most original, cult artists.