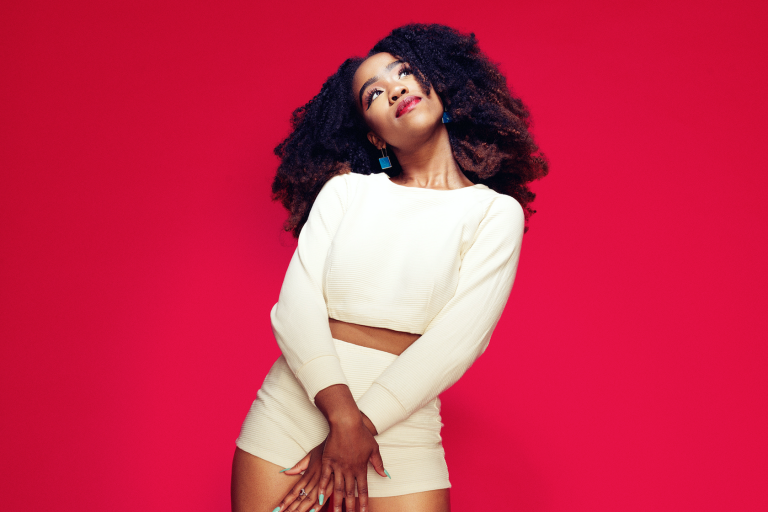 Chidera Eggerue is The Slumflower. The name is directly inspired by Street Etiquette’s ‘Slumflower’ project, centred around the idea of a rose growing from concrete. Raised in Peckham, South-East London, Chidera shares so many similarities with this concept of beautifully growing, glowing and flourishing in an environment that mainly appears to promote the opposite, especially being a predominantly black neighbourhood which is currently undergoing heavy gentrification.

Referred to by Elle magazine as a ‘millennial mastermind’ in their ‘Stars On The Rise: 20 Power Players To Watch Out For In 2018’ list, Chidera Eggerue is an award-winning blogger and author with a fast-growing audience of over 190,000 across her social media accounts.

After recent TV appearances, Chidera has managed to drive a new conversation regarding the way we view women’s bodies. Scooping up Cosmopolitan’s ‘Highly Commended Disruptor/Changemaker of the Year 2018 Award’ and being placed on the #DAZED100 list have been some of Chidera’s recent achievements which have come from constantly sparking up conversations to do with body positivity – especially through #SAGGYBOOBSMATTER, the internet-breaking movement she founded. Her recent BBC Newsbeat documentary on hair loss in young people has reshaped the way we view hair loss and she’s on a trailblazing path to encouraging us all to be comfier in our flaws!

Chidera’s debut book, ‘What a time to be alone‘ follows a similarly positive and inspiring narrative and was released on Hardie Grant Publishing in July 2018.