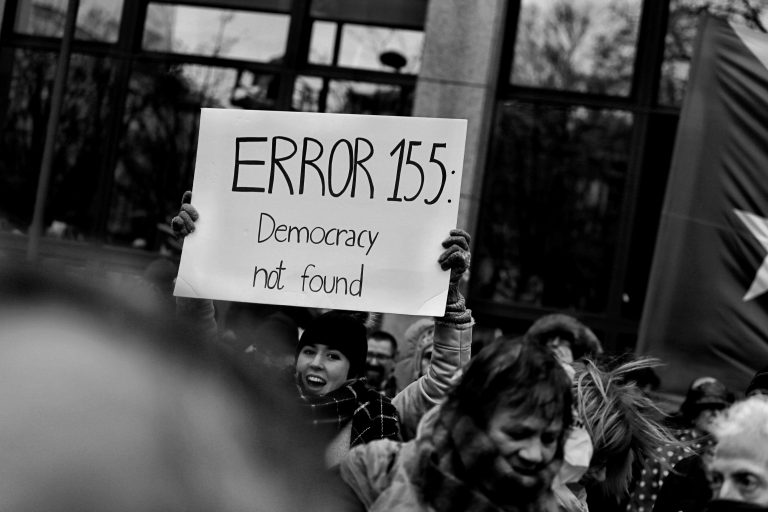 We’re going to redesign democracy because we’re not sure the version peddled to us by the media meets the standards of the temporary autonomous zone of KIN. And we’ve brought in acclaimed democracy activist Peter Macfadyen and renowned media industry critic (disillusioned journalist) Patrick Chalmers to help us do it.

In conversation with Maia Alemida-Amir, this pair of KIN elders will initially impart their knowledge, wisdom and insights into how modern versions of democracy are a far cry from those designed in ancient Greece.

They’ll also shed light on how the media, far from holding power to account, allows narrow elites to amass vast wealth at the expense of most humans on the planet (and the planet itself).

But after unravelling this story of misrepresentation, delusion and collusion, they’ll give us some pointers to how we redesign democracy together. It turns out, they’ve already had some successes in doing it. They’re also connected with people working on ending our alien status all over the world.

Peter Macfadyen, author of Flatpack Democracy, has worked in areas of social justice for 40 years.  Most recently this has taken him into local politics, co-creating a new relationship between local government and the people as a councillor in Frome.  His work and lifestyle see humankind as a small part of the wider ecology and big government as the threat we need to rapidly face up to. He is author of Flatpack Democracy.

Patrick Chalmer’s journalism efforts of 30 years saw him fight his way into mainstream media then out again — once he’d realised his mistake. En route he learnt most reporting, not least his own, failed to expose the realities of power and its abuse. Feeling a bit of a klutz that it took him so long to work out, he’s having another go with All hands on, a documentary series featuring real-life stories of radically better democracy. He is author of Fraudcast News.

Maia Alemida-Amir is fascintated by alternative innovations in democracy and engagement. Most recently, she has begun work in cultural anthropology, where she focuses on how marginalised folk express and realise their agency within oppressive structures. She has also been working as a feminist, anti-racist and anti-colonial activist in Scotland and beyond for the last five years.