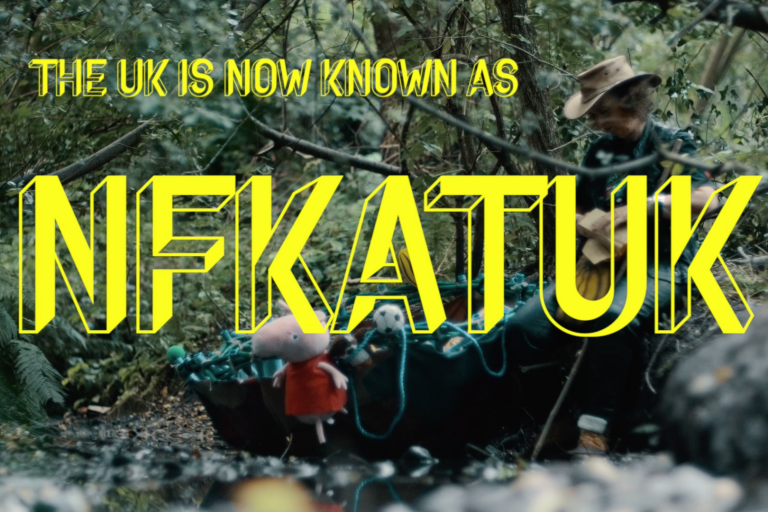 The Endless Village is a satirical sitcom set in Kingdom#3 of an imagined future post-Brexit Britain. Investigating life, localism and trade relations, the sitcom pilot (‘Banana Day’) presents a satirical meditation on future daily life in NFKATUK – the Nation Formerly Known As The UK. It is 2066, 50 years since Brexit and 1000 years since the Norman Conquest. A devolution revolution has gripped the public consciousness as first countries then counties sought political control on a local level leading to a succession of endless villages, tribes, and small self-sufficient communities.