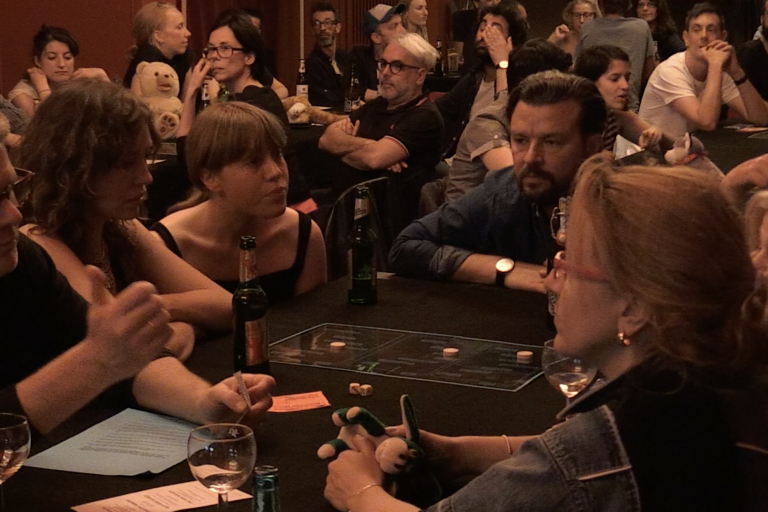 We are incredibly excited to have political commentator and journalist Paul Mason at KIN, presenting a giant boardgame that 80 people can participate in, which has never been performed in the UK!

Global System Failure is a boardgame, designed by Paul Mason and theatremaker Sam Williams which takes the audience through the breakdown of a rules-based global system in real time. Players, grouped in teams representing fictional countries, get to experience the hard choices that will face electorates in the 2020s, if growth cannot offset the rising social, economic and environmental stress. First premiered at the Volksbuhne, Berlin, this is its first public performance in the UK.

Paul Mason is an award-winning journalist, writer and film-maker. His bestselling book Postcapitalism: a guide to our future has been translated into 16 languages. Formerly economics editor at both BBC Newsnight and Channel 4 News, he currently writes for the New Statesman, Le Monde Diplomatique and Der Freitag.