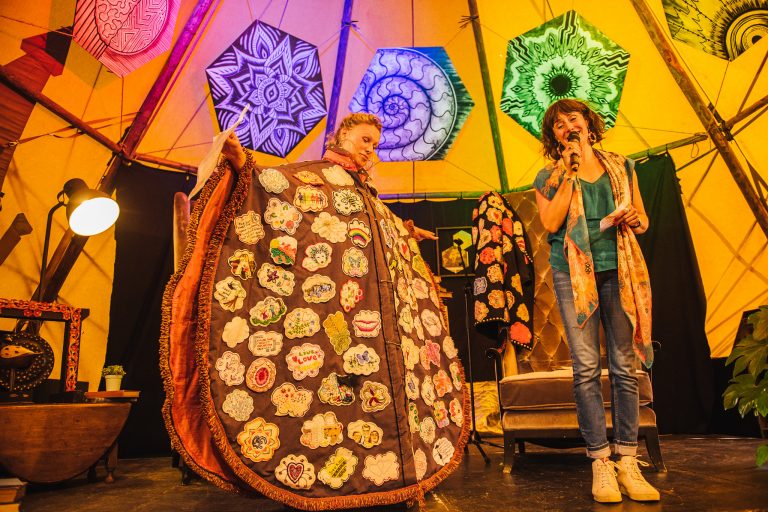 Louise Gardiner will take us through her journey of becoming a ‘social hermit’ for six months, while she created an incredible embroidered cape for Pukka Herbs’ #Womankind campaign and at the same time launched an international women’s campaign called #stitchacloud, to celebrate 100 years since women won the vote.

The concept of the cape was to wrap people in a beautiful celebratory garment covered in natural ingredients, to remind them of their creative power, their feminine power, individuality, and connection with the earth. After putting a call-out for women to embroider her felt clouds, she received several hundreds from women around the world, accompanied by beautiful letters telling their story.

She hopes to inspire the audience by sharing the emotional roller coaster ride required to maintain these ambitious projects, and will be reading from the beautiful letters she received from those who embroidered her clouds.