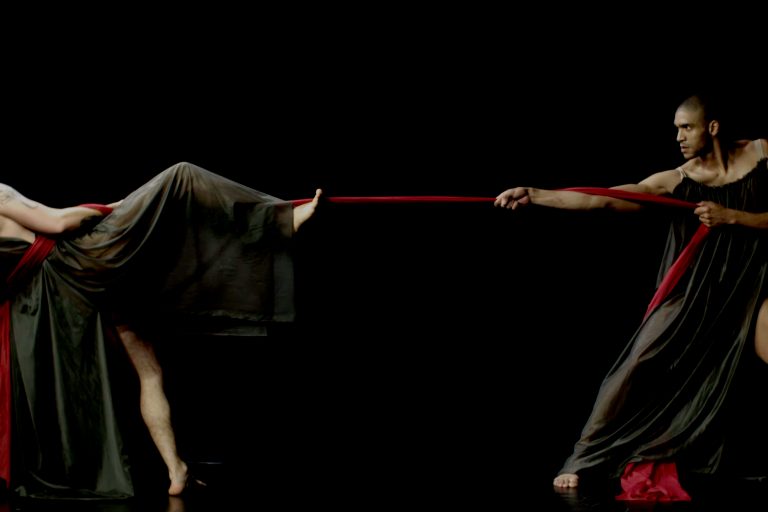 On the 100th anniversary of Armistice Day, 11th November 2018, which celebrates the end of First World War, KIN brings you a pacifist satire about the diabolical dance of war, narrated by Actor Billy Zane. In this 50-minute arthouse film, war is imagined as a diabolical dance choreographed by Satan and Ballet Master Death.

The film was inspired by the pacifist satire, The Ballet of the Nations, written by Vernon Lee in 1915 as a response to the outbreak of war. Impermanence’s film incorporates original dialogue inspired by Lee’s text, among intricate dance pieces, with production design by Pam Tait, an original soundtrack by composer Robert Bentall, cinematography by Jack Offord and a directorial debut from Roseanna Anderson and Joshua Ben-Tovim.

The original publication was rooted in a culture of experimental performance that developed in Britain during the war, against the grain of mainstream theatre and often in sympathy with the wartime peace movement. Impermanence’s production reanimates that world of movement, sound and design, using the evidence of archives, art works, footage, photographs and illustrated books to develop a richly-textured evocation of the wartime artistic response.

Impermanence: Impermanence is a Bristol-based company set up in 2011. The company creates and presents critically acclaimed dance works in a number of different media and settings including theatre, film, cabaret, site-specific projects and community events. Over the past few years they have built up a reputation for innovative live shows, utilising their training in dance to create performance pieces that defy and challenge contemporary theatre norms.