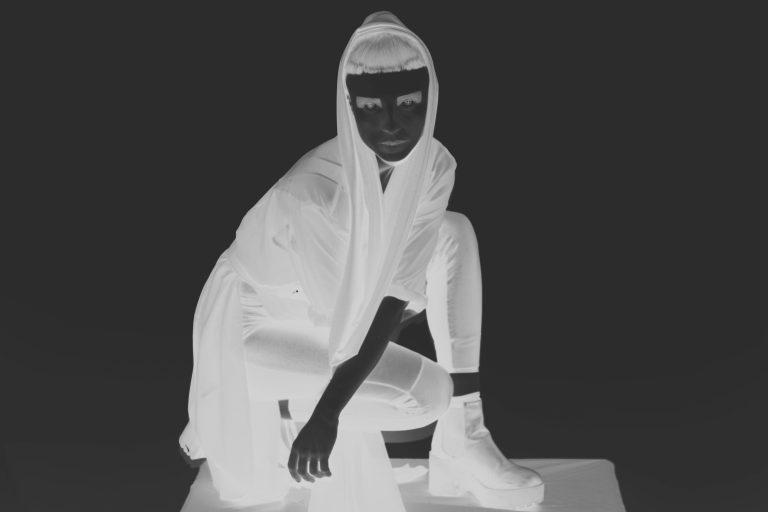 E B U’s music is a ceremony of macabre sounds and bold theatrics which summon the viewer deep into her off-kilter world. Strange narratives unfold on the nature of human behaviour and existence via highly charged performances. Her self-titled ‘Swamp Pop’ treads the line between haunting and chaotic.

Having previously released with Howling Owl, she now looks forward to the launch of her debut album ‘HINGE’ (on NoCorner) which will be coming out later this year. Join E B U’s warped ensemble and exorcise your demons in this cathartic ritual.